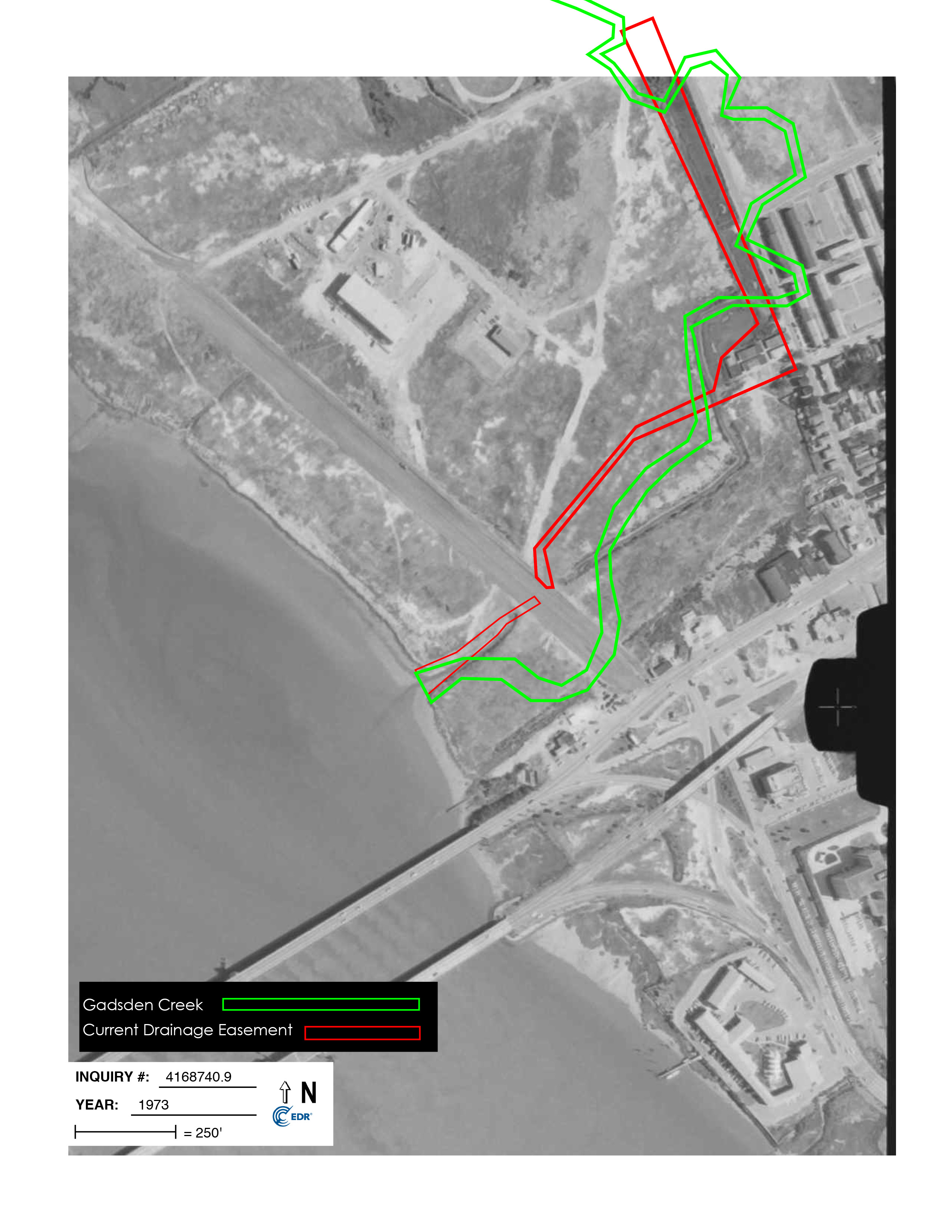 Plans for WestEdge could soon address decades of flooding problems on Charleston’s West Side and concerns over contaminate erosion of the city’s former landfill site.

The city’s old landfill created roughly 60 acres of high-ground between Brittlebank Park, Lockwood Boulevard and Hagood Avenue. More than 12 feet of compacted waste from the 1950’s to the early 1970’s was capped by two feet of fill dirt to complete the landfill.

At the time, permits allowed the filling of the former Gadsden Creek tributary that fed the Ashley River. A drainage ditch was cut alongside Hagood through the landfill and piped into the Ashley River. Over the past 50 years, tidal flow and erosion deepened the ditch, which led to static pools of contaminated water mixed with landfill debris seepage that moved back into the Ashley with each passing tide.

In addition, periods of intense rain and lunar tides overflow from the ditch onto Lockwood, Hagood, Fishburne Street and to the doorsteps of Gadsden Green community residents.

WestEdge planners seek permission to address nuisance flooding and environmental problems by reinforcing the existing ditch with concrete piping and properly capping / maintaining the former landfill site drainage, as called for in its original permit.

Michael Maher, CEO of HPF, Inc., is leading planning efforts for WestEdge through a public / private partnership between the City of Charleston, The Medical University of South Carolina, The MUSC Foundation and Gateway Development Services.

As an urban planner and architect, Maher said he first investigated practical ways to preserve the aesthetic value of vegetation that grew naturally around the drainage area. But while it gives the appearance of a natural estuary, hydrologists and civil engineers quickly point out the greater hazards of environmental damage from an aging landfill site draining into a major local waterway.

“The ecological and aesthetic value from a truly natural setting is always important,” said Maher. “But this is far from a natural setting, and it risks doing more harm than good.”

“By today’s standards, we would never, ever, consider dumping a landfill into a marsh,” he said. “And by that same measure, environmental stewardship to our water resources means we should not allow a marsh to infiltrate a landfill.”

WestEdge plans include drainage improvements to address nuisance flooding intensified by tidal influx, including a tidal control device near Lockwood to alleviate tidal intrusion into the drainage system.

The result, said Maher, will include long-term water quality improvements in the Ashley River and safer streets and homes on the West Side.